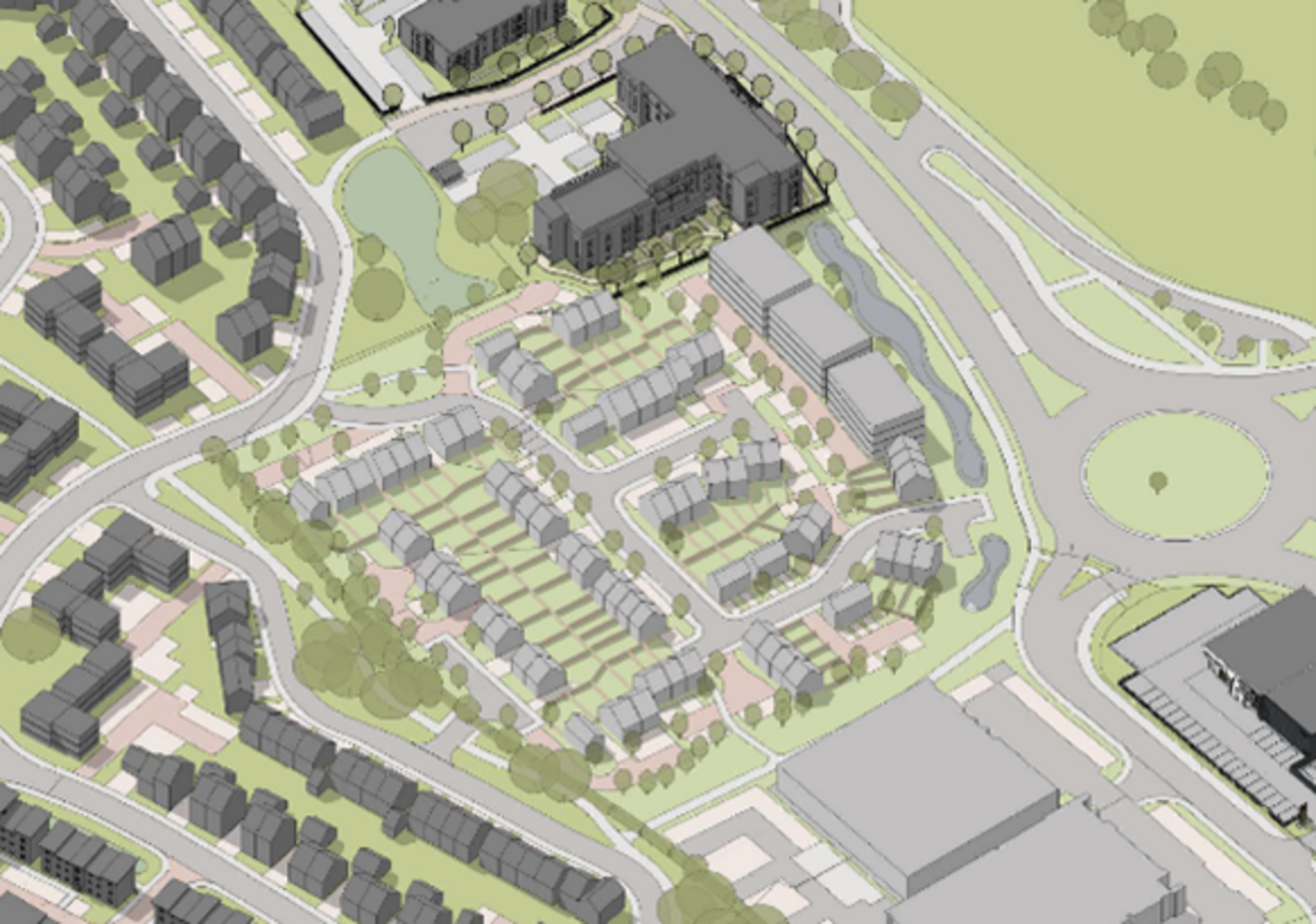 Wain Homes will develop 110 new homes in the Shirley area of Solihull and 49 homes in Rowney Green, Worcestershire after the schemes were granted outline planning permission by Solihull Metropolitan Borough Council and Bromsgrove District Council.

The six acre Shirley scheme, situated on Stratford Road, was the former Lucas and ZF headquarters site and will be one of the first developments for the recently established West Midlands region of Wain Homes.

The development, called The Green, will feature a range of one and two-bedroom apartments and two, three and four-bedroom homes.

“The Green is perfectly located in a popular residential area of Solihull, ideal for commuting into Birmingham city centre and for access to the M42.  Rowney Green is a very desirable location with great connectivity, yet boasts a rural setting overlooking green fields.

“Having only been established in the West Midlands just over 12 months, we already have six new developments and around 600 new homes in the planning pipeline which demonstrates Wain Homes’ appeal to land owners, agents and local authorities who can see a long track record of the company delivering successful and popular developments throughout our other three regions.”

Established in 1972, Wain Homes celebrates its 50th anniversary in 2022 and along with the West Midlands, has further operating regions in the North West, South West and the Severn Valley.

Wain Homes West Midlands has already attracted some of the industry’s leading technical talent to join the company’s Blythe Valley headquarters and is actively looking to further expand.

Mr Peters added: “Over the past ten months we have boosted our team with a number of senior appointments in our pre-construction phase functions and will be looking to add further talented operational professionals to the team as we move to the next stage of the cycle.

“In the coming months we will be looking to build our sales and customer facing teams as more of our developments come on stream.

“Some of housebuilding’s brightest talent has been attracted to the opportunity to make their mark on what is effectively a blank canvas, supported by the longstanding heritage and supportive family ethos of the Wain name.”

Wain Homes West Midlands’ region is geographically centred on the cities of Birmingham, Wolverhampton and Coventry with sites stretching to Stoke-on-Trent to the North, the Welsh borders to the West, the Gloucester border to the South and Warwickshire to the East. Work on The Greens is expected to get underway in autumn this year.

In anticipation of the new season, St Eval Spitfires are pleased to announce Wain Homes is their kit sponsor for 2021/22.

We're pleased to announce that two of our Site Managers have received NHBC Pride in the Job awards.

Our sales centres and show homes are open on an appointment only basis to ensure you have exclusive access and our full attention.

We use necessary cookies to make our site work. We also use additional cookies to help us understand how you use the site and make improvements. These will only be set if you accept. For more information see our Cookies page

Whatever you’re looking for, we’re here to help. Get in touch in the way that suits you and we’ll promptly answer your questions and queries.